Dear friends, I am very happy to read the reviews that German friends write for me. It was published 22-08-01 in the “Cellesche Zeitung”, but is available for online subscribers only.
I share with you an English translation of the article! Thank you for reading!

Listening experiences at #Südheidehof.
#SCHARNHORST. At some events everything is just right: the ambience, the weather, the mood of the guests and artists and, of course, the music.
This was the case on Friday evening at the Südheidehof in Scharnhorst, and organizer Rudi Peters rightly received numerous words of praise and thanks from the visitors. He had lovingly decorated his picturesque Südheidehof and the physical well-being was taken care of.
The official distinction between the pre-programme and the main programme was rendered obsolete by the high-class performance of Sarah Fischer and Volker Mertins at the beginning of the concert, which was also evident from the enthusiastic applause of the approximately 80 guests. Father and daughter have been performing together for more than 15 years, and what would have been a problem for Volker Mertins’
generation (“There were worlds between my parents’ taste in music and mine”) is not only normality for Sarah Fischer, but a source of joy (“We understand each other practically blindly”). The soulful soul ballads were all written by the two musicians from Celle. The compositions were sung by Sarah Fischer in English, but this was easy to understand in view of her clear, pronounced voice. The lyrics were very poetic. Feelings such as faith, hope or pain were convincingly expressed by the singer with her warm, powerful voice.
Elisabeth Cutler and Leander Reininghaus brought an international flair to the stage. On their North German tour, they also gave a guest performance in Scharnhorst before Hamburg and Berlin. The American singer from Boston now lives in Italy and learned her art of singing in the music mecca of Nashville,Tennessee, among other places. Her soulful voice could almost be experienced physically. Together with Leander Reininghaus, she presented fascinating original compositions that were a listening experience, both instrumentally and vocally; sometimes gentle, sometimes energetic, with surprising tempo changes. Sound tinkerer Leander Reininghaus provided an unmistakable soundscaper with his guitar coupled with various effect boxes and pedals. Even Elisabeth Cutler was still surprised by his creative musical accompaniment after the many performances together: “Leander, I’m still wondering how you can produce this extraordinary sound with your guitar.” 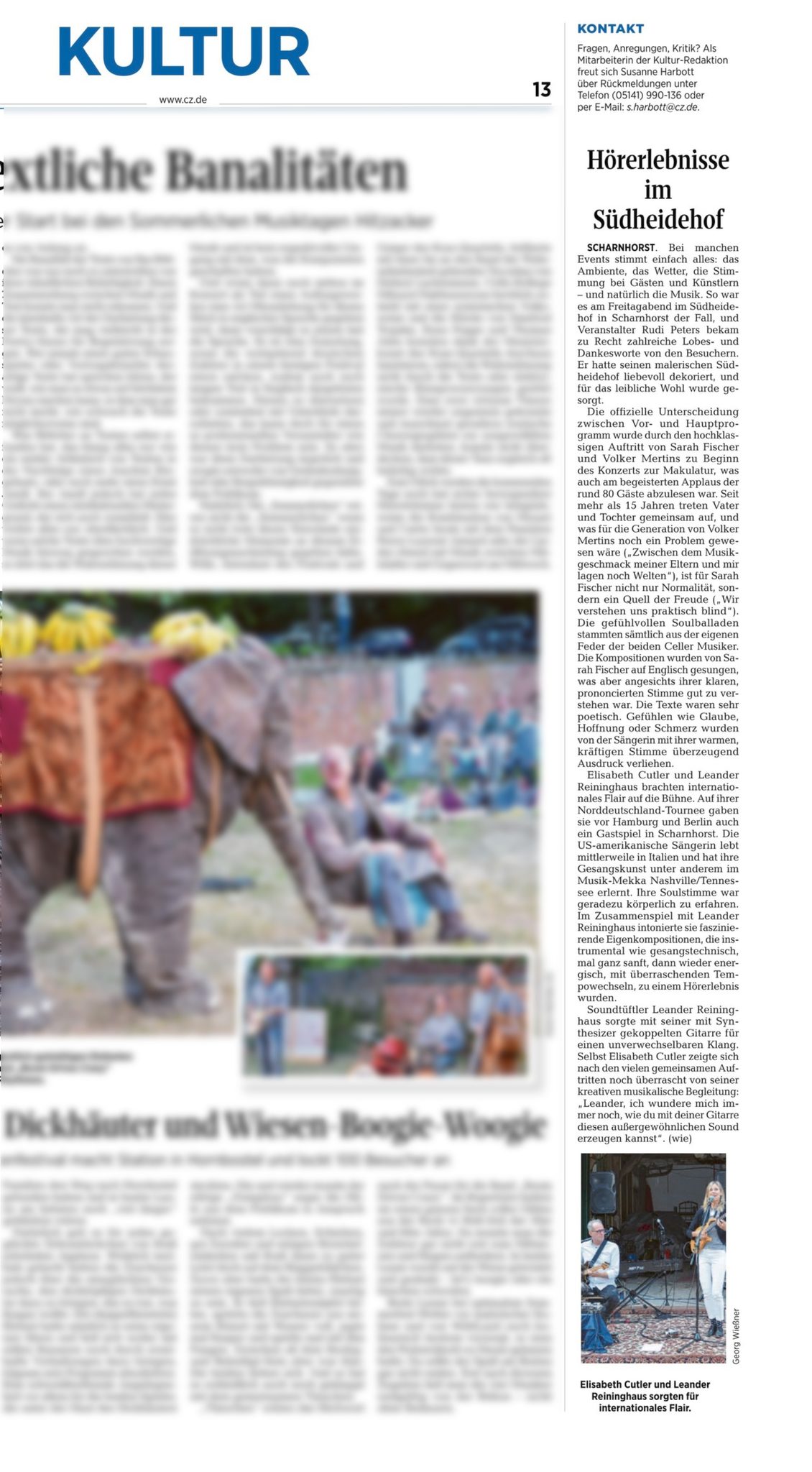 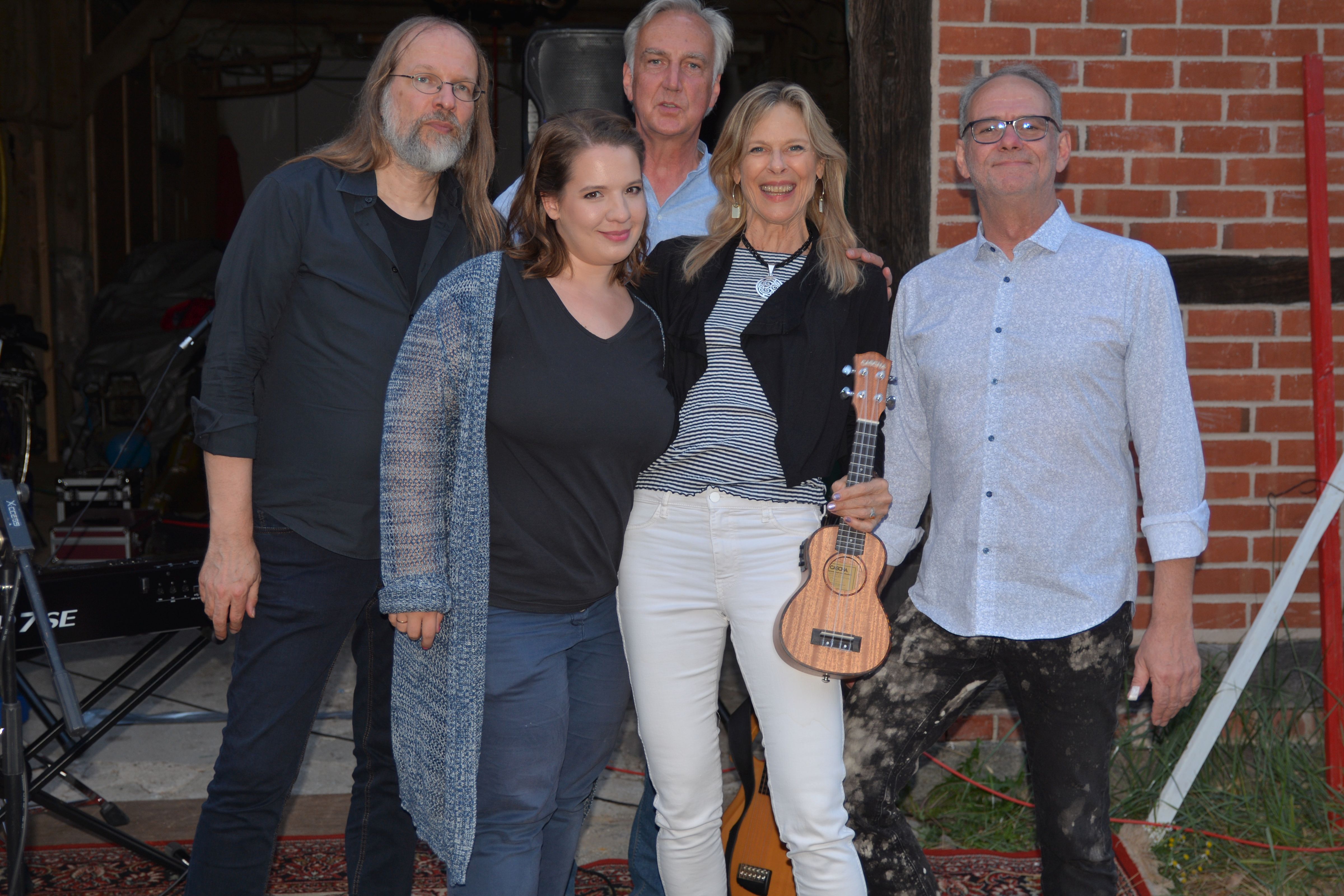 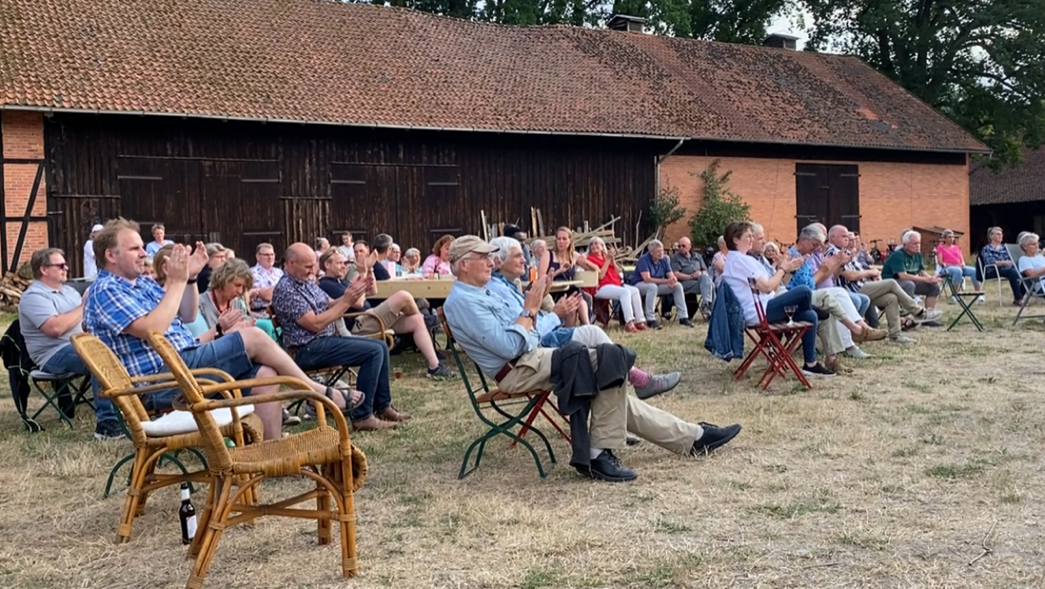 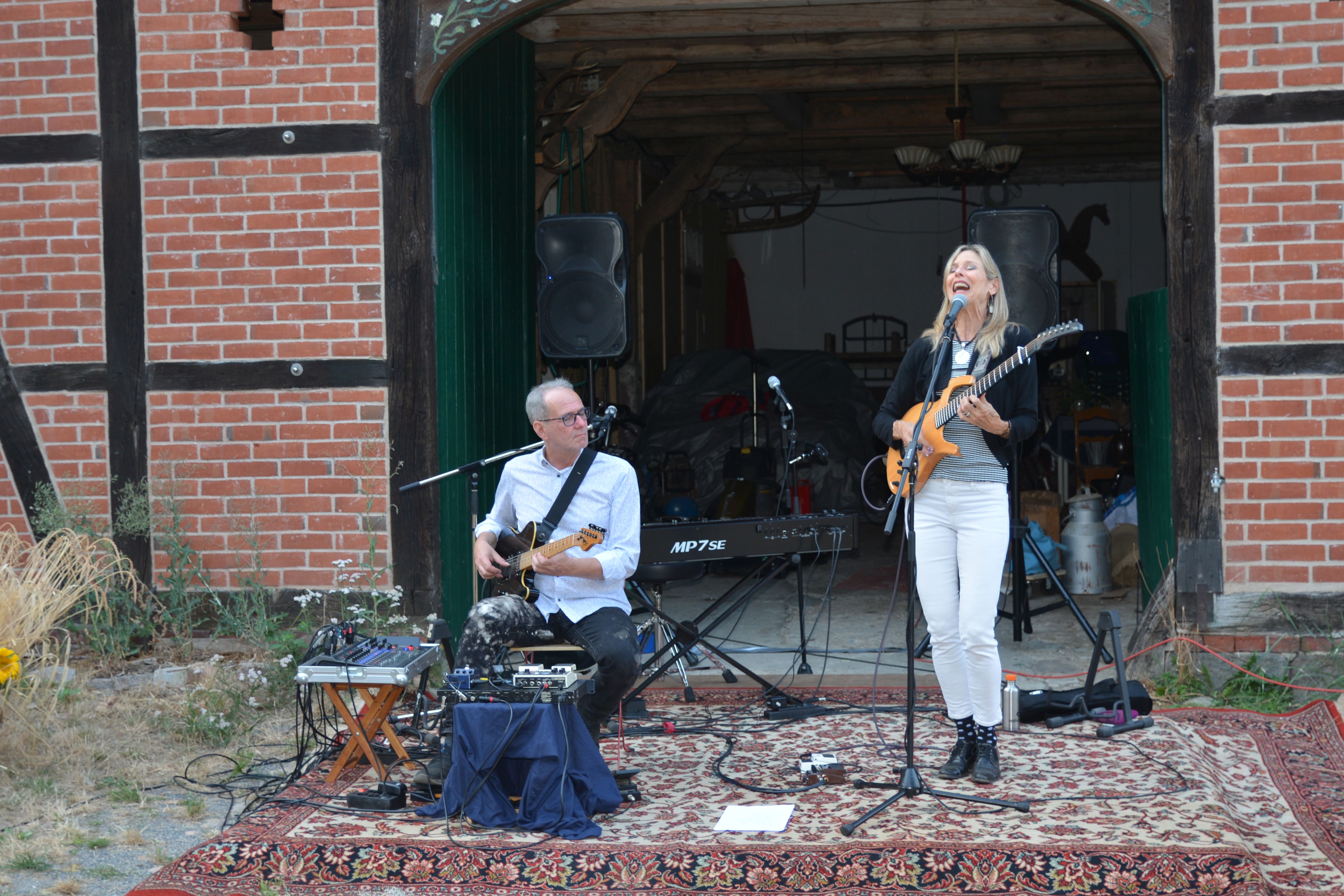